April 2015 was the first month ever in which more electricity was produced from natural gas-fired generators than from coal-fired generators nationwide, according to data released last week by the EIA. The EIA’s monthly update includes data through April 2015, so we do not yet know how natural gas fared against coal in May and June. 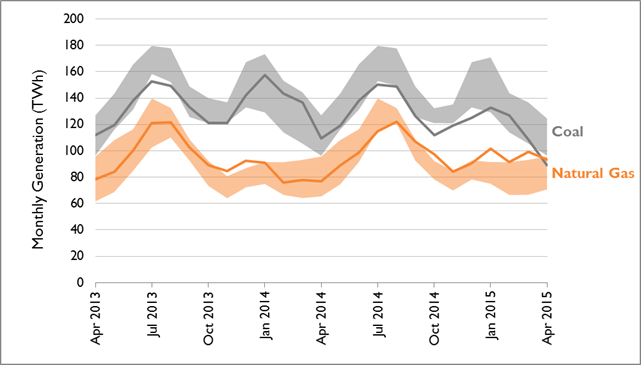