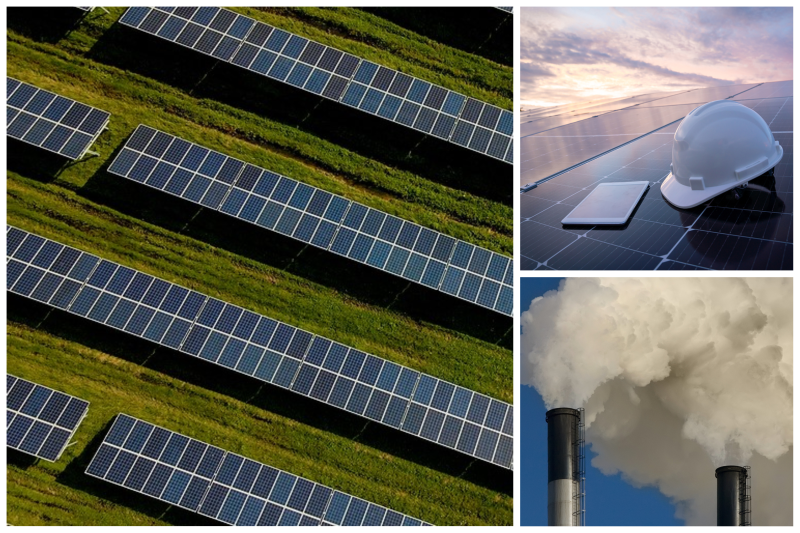 Here at Synapse, we spend a lot of time looking at energy data, talking about energy data, and thinking about energy data. If you’re reading this blog, you can probably relate to this urge to explore and connect energy data sets. Throughout our work, we rely upon sources that vary based on the question at hand. If we are searching for how Maine tracks progress towards a Maine-specific goal, we might seek out data sources from, well, Maine. Comparing data across states can pose a challenge because there are usually state-specific nuances with how the data is defined, collected, and updated.

In 2021, we set out to build a dashboard that would allow us to compare and aggregate various energy-related metrics across the Northeast states. The result of this effort is Green Dash, a free and interactive tool based on publicly available data sources. The tool tracks the following metrics:

Access Green Dash and view information on how to use the tool here.

To demonstrate the capabilities of Green Dash, we developed a few questions to explore how Synapse’s home state of Massachusetts stacks up against the rest of the Northeast’s emissions reduction and clean energy transition efforts:

We utilized Green Dash’s state comparison and metric-specific tabs to answer these questions. The following post explores the results displayed within Green Dash.

How does Massachusetts rank as an emitter of GHGs? (1-9, with 1 as the lowest emitter) 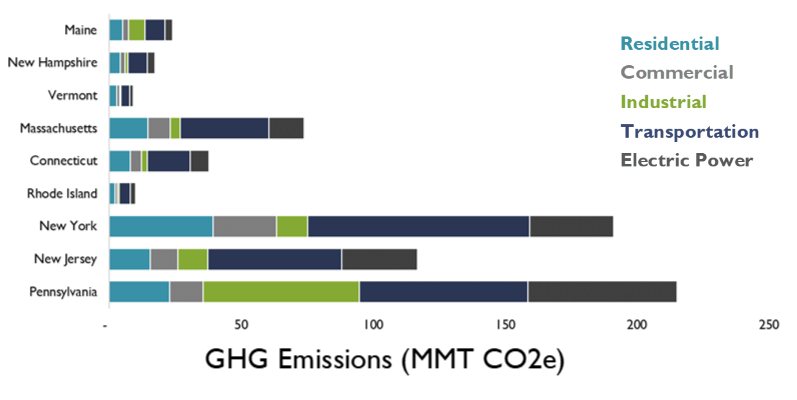 Of course, state population plays a major role in emissions data, with the largest state (Pennsylvania ~ 13M residents) emitting the highest levels of GHGs and the smallest state (Vermont ~ 600K residents) emitting the lowest levels of GHGs. To account for variances in state populations, Green Dash allows the user to normalize data by population, which offers a more accurate picture of each state’s emissions ranking.

On a per-capita basis, Massachusetts ranks more favorably compared to its neighbors. Maine is the highest per capita emitter of GHGs, while Rhode Island currently holds first place for the lowest emitter of GHGs.

Our final question related to emissions is more complex than the first two, as it deals with emissions trajectories over time.

How does Massachusetts’ future trajectory of emissions vary from the rest of the region?

How does Massachusetts rank as a renewable energy producer (per capita) compared to its neighbors? (with 1 as the largest producer)

How does Massachusetts rank as a provider of clean energy jobs (per capita), and what clean energy industry is best represented as a job provider?

How does the home energy burden in Massachusetts compare to the rest of the region? (with 1 as the least energy burdened) 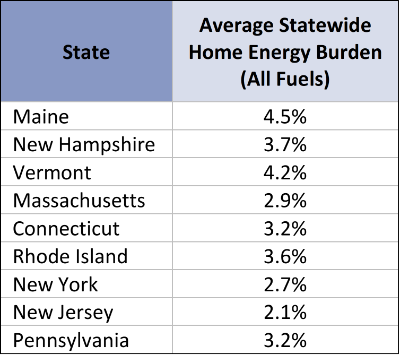 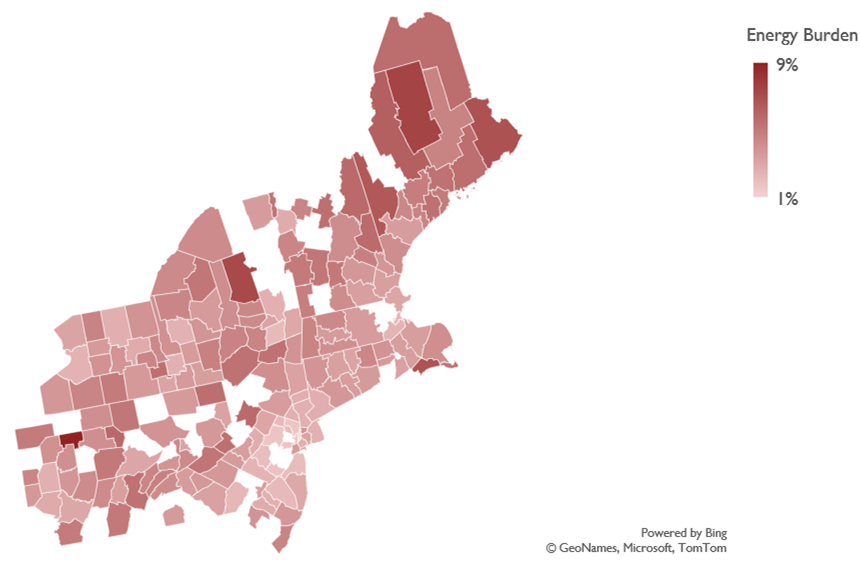 Which Massachusetts county is the most energy burdened?

Green Dash displays county-level energy burden for each state. (Note that Excel’s mapping feature is unable to map various counties in the Northeast, preventing Massachusetts from displaying as its true shape.) In the bottom right corner of the state, Duke County is displayed in dark red as the most energy burdened county, averaging a 6.6 percent home energy burden. 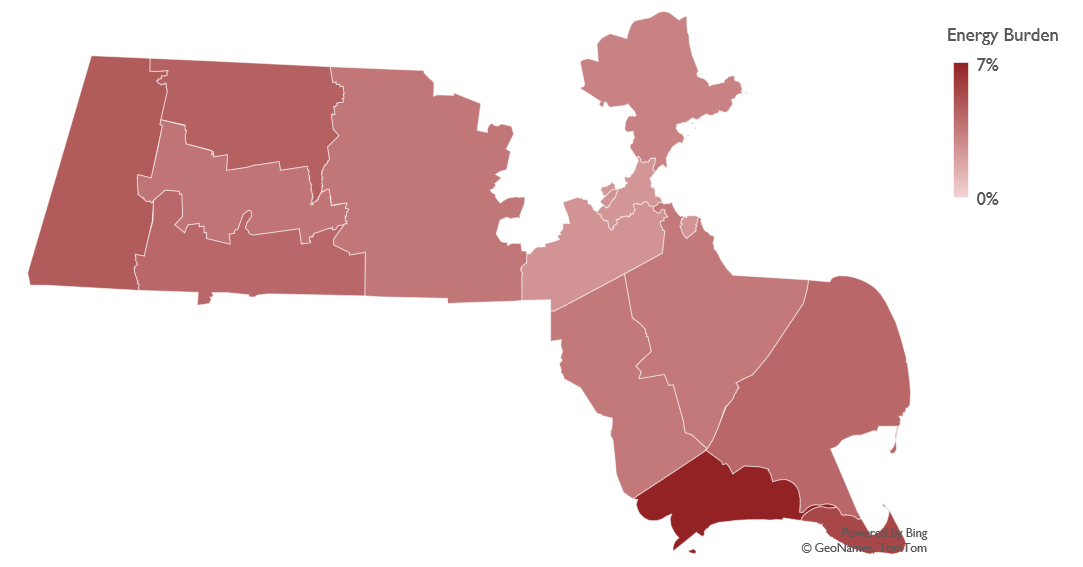 Green Dash explores other metrics than the ones referenced within this post, including metrics related to energy efficiency, non-electric fuels, and battery storage. The tool is easy to use and can help quickly answer your burning energy data questions. Importantly, this tool provides the “what” but not the “why,” thereby maintaining its objectivity, and hopefully luring users into deep data dives—a favorite pastime here at Synapse.

Green Dash was developed by Synapse Energy Economics, Inc. on behalf of the Barr Foundation. This tool is based on publicly available data and can be cited in reports or testimony as: