Some might hypothesize that, after years of aggressive efficiency programs, further increasing efficiency efforts might result in increasingly more expensive programs. But the numbers say just the opposite: Not only did both states exceed their electric savings targets, they did so at lower cost than expected. On a related note, both states also exceeded their gas savings targets at a lower cost per saved energy than planned. 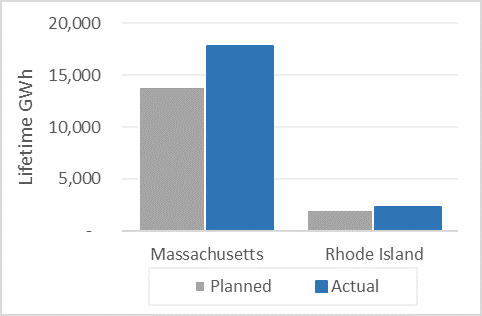 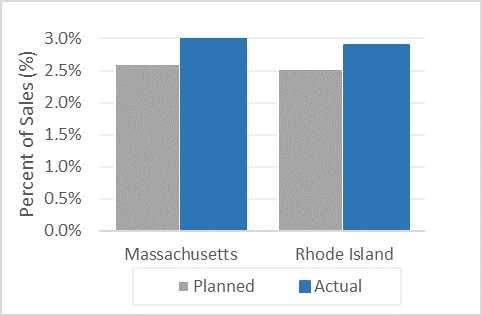 A Great Deal for Customers 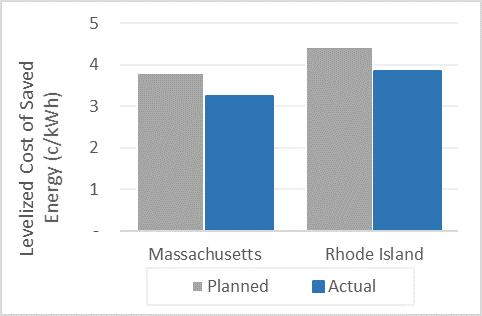 While these states do a stellar job implementing efficiency programs, they have yet to reach the ceiling. Energy efficiency savings in Massachusetts and Rhode Island have steadily increased since 2010, around the time the states began significantly ramping up energy efficiency efforts (Figure 4). These aggressive savings were achieved while costs were relatively level or decreasing (Figure 5: Rhode Island data for 2014 is anomalous given a large, one-of-a kind commercial and industrial project). The takeaway is clear: There’s still plenty of room for energy efficiency to cost-effectively meet energy needs and achieve state and national climate goals.

For those readers who might think that there is something different about the customers, the end-uses, or the electricity prices in Massachusetts and Rhode Island that make them unique – think again. The primary factor that leads to these results in these states is the regulatory climate. Both states benefit from supportive regulatory policies, including very active stakeholder participation, timely and predictable cost recovery, timely recovery of lost revenues through decoupling, well-designed utility shareholder incentives, and comprehensive, credible estimates of avoided costs.

Figure 4. Historical Annual Savings as a Percent of Sales 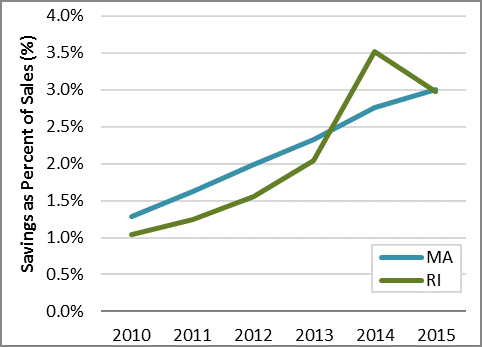 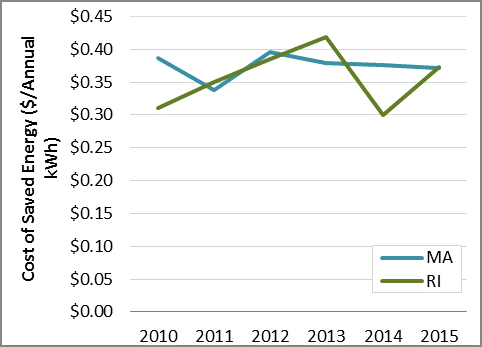