In 2014, the U.S. electric system looked remarkably different from how it looked ten—or even five—years ago. In the past year alone, the system nearly doubled the amount of incremental installed capacity from renewables as compared to 2013, saw a 13 percent increase in renewable generation, and reached the lowest level of CO2 emissions since 1996. Here we highlight several major trends in 2014 electric-sector capacity, generation, and CO2 emissions.

Table 1 compares the electric generating capacity that was installed and retired in 2013 and 2014.

Table 1. Comparison of incremental electric generating capacity installed in 2013 and 2014 in gigawatts. Values displayed may not sum due to rounding. 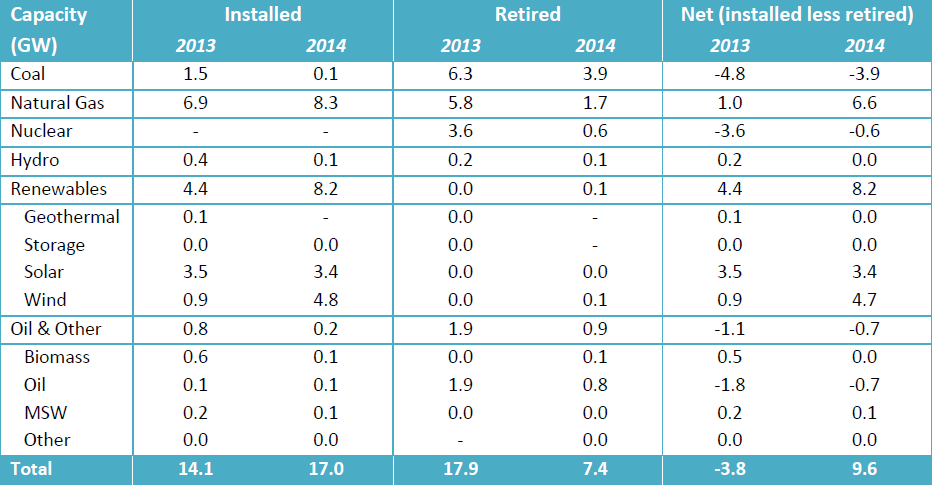 For the third year in a row, more new net capacity came from renewables than from any other resource, including natural gas.

In 2014, the majority of renewable capacity installations came from wind (4.8 GW of capacity installed, up from 0.9 GW installed in 2013). However, this value still falls short of 2012 levels, when installed wind capacity peaked at 13.4 GW. The drop is likely due to the expiration of the federal wind production tax credit at the end of 2012. (The tax credit was renewed through 2013 with modifications, but expired again in January 2014. It was renewed again in December 2014 for two weeks, then expired in January 2015.)

Incremental solar installations remained level compared to 2013, at 3.4 GW. Over one-third (38 percent) of new solar capacity came from installations at the ten largest solar facilities, nine of which are in California. 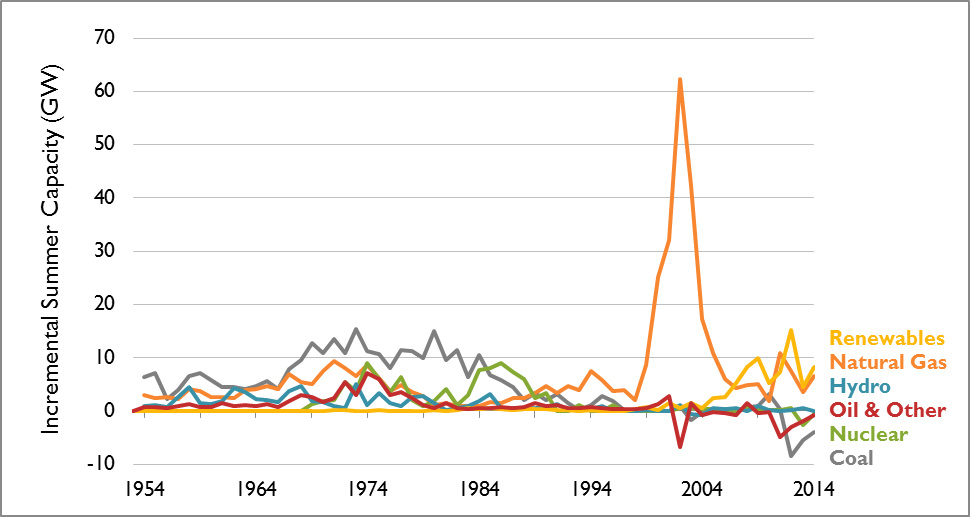 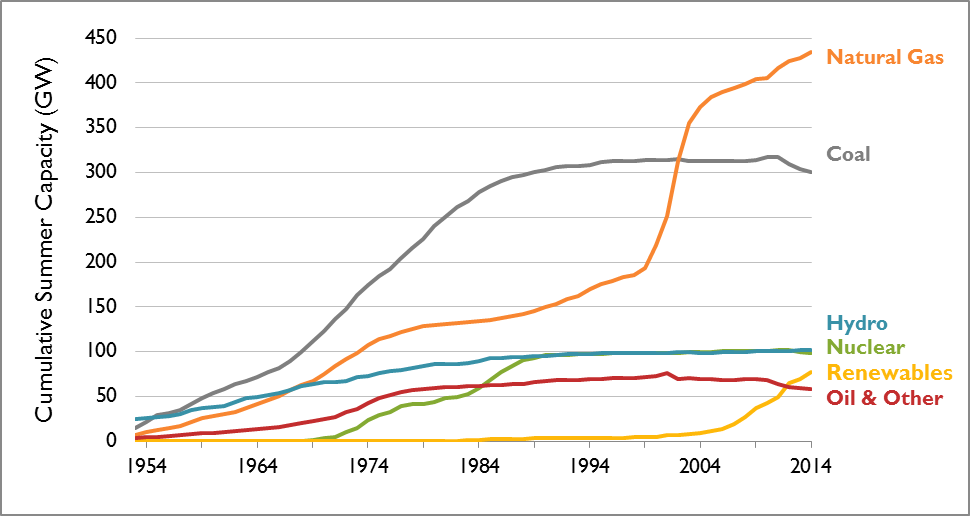 Figure 3 shows the annual generation for each resource type between 1990 and 2014. 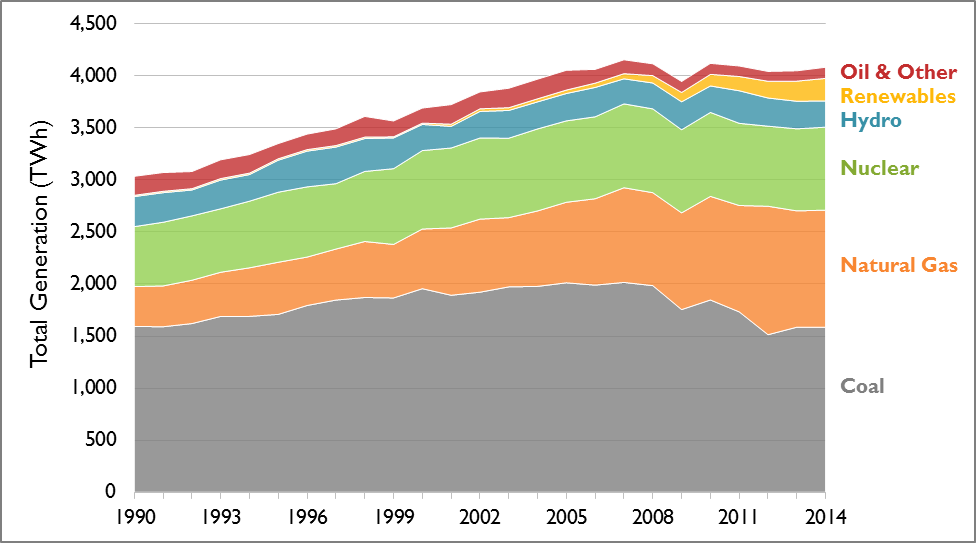 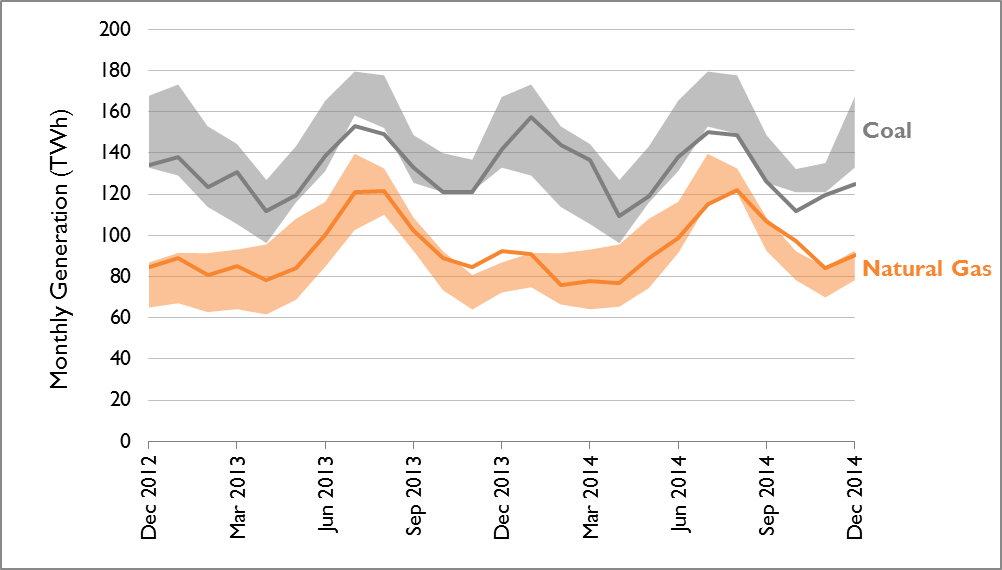 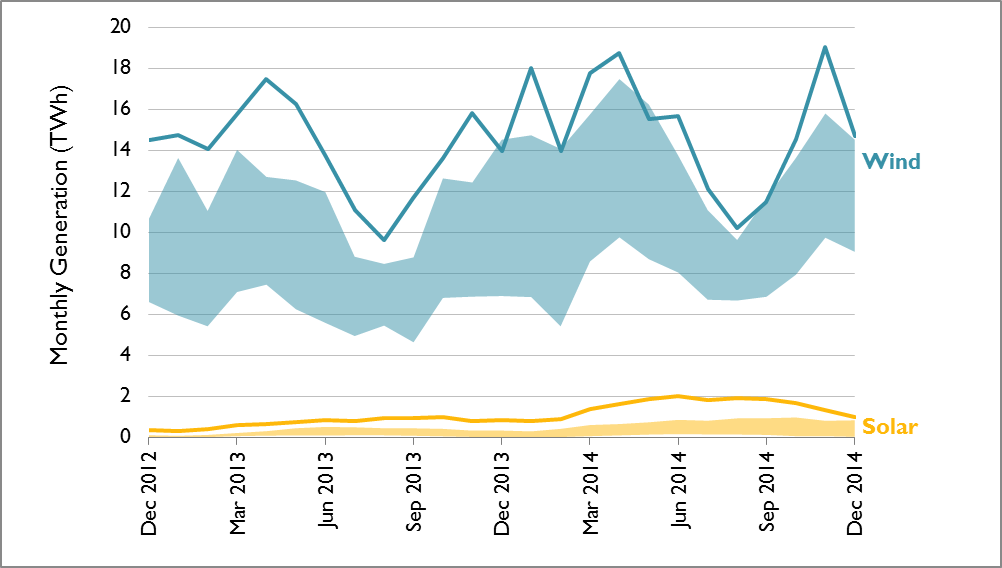 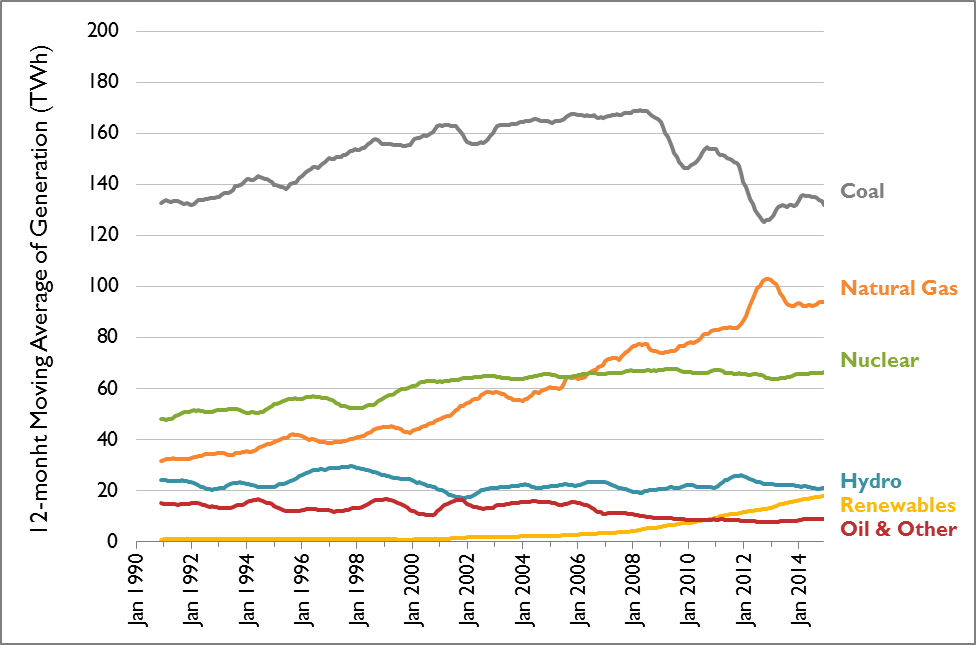 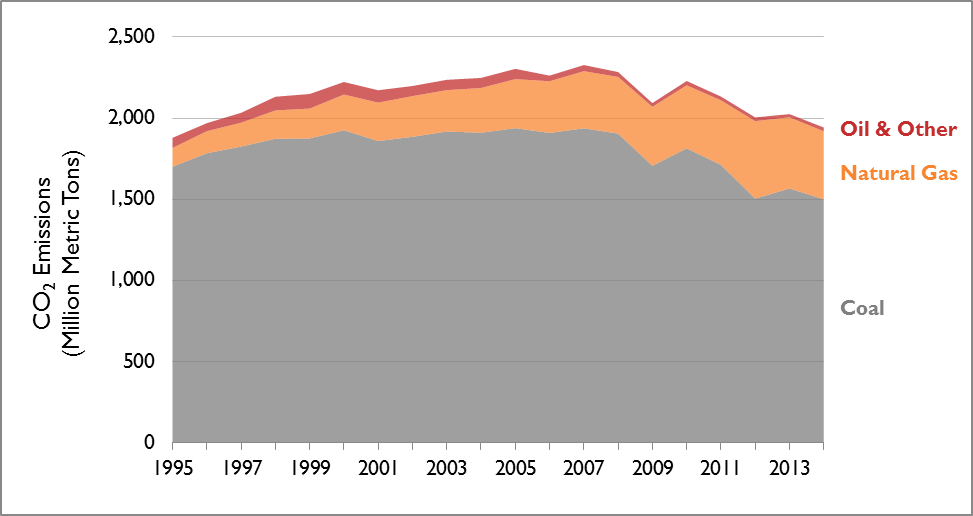