Figure 1. Changes in generation as a result of nationwide fee-and-dividend carbon policy 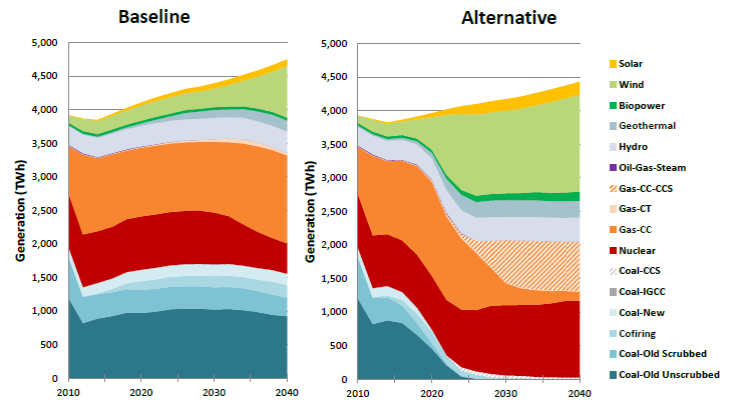