Synapse’s Coal Asset Valuation Tool (CAVT) is a spreadsheet-based database and model that analyzes the future economic viability of coal units. CAVT estimates the costs for individual coal units to comply with environmental regulations and compares these costs to electricity market prices.

It aggregates publicly available data (such as capacity, generated power, and heat rate) on non-cogenerating coal units and combines this with publicly available cost methodologies to calculate the cost of complying with environmental regulations. The calculated future cost of each coal unit is compared to the estimated future cost of wholesale market purchases to determine future economic viability on a unit-by-unit basis.

While this figure does account for operating and capital costs of likely environmental retrofits such as scrubbers, baghouses, cooling towers, effluent limitations, and ash remediation, this figure does not include costs associated with carbon dioxide, such as the type that might be imposed by future federal or state regulations. Even without these additional carbon costs, few coal plants are economic compared to market purchases on a forward-going basis. 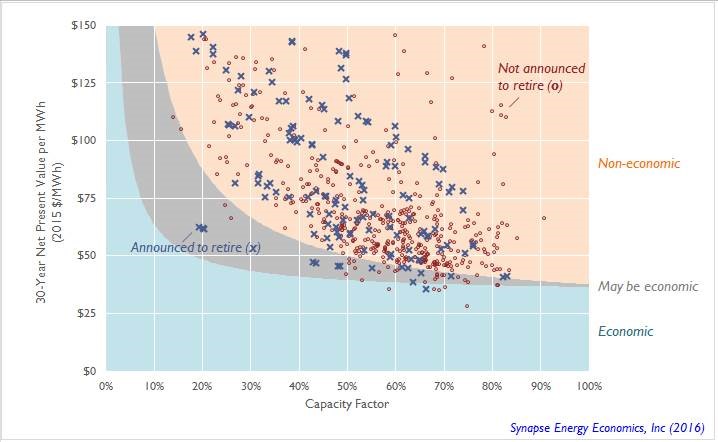 If you're interested in downloading CAVT or have questions about the tool, reach out to Senior Principal Pat Knight.