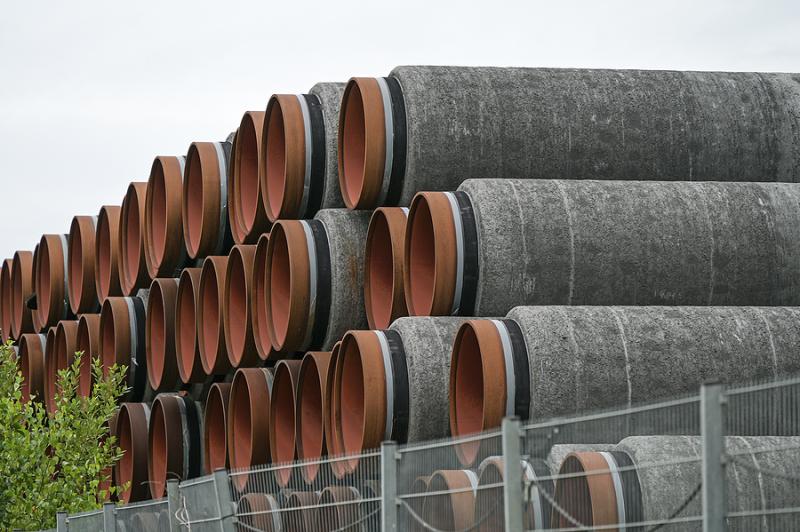 Events in Ukraine have naturally prompted discussion among Synapse experts on the energy implications and we decided to share some of that with our readers in a short series of blog posts. This post looks at what Europe is doing in reaction to current events. While Europe is not our traditional area of focus, we are fortunate to have research fellow Anett Ludwig on board to refine our European perspective. Anett comes to us with 11 years of energy economics and policy experience in Germany, Russia, and Brussels.

The European Union (EU) has imposed tough economic and financial sanctions against Russia following the country’s invasion of Ukraine. The EU Commission is now striving to decrease the EU’s dependence on Russian energy imports. This has sparked discussion and debate about how to best substitute energy supplies in the near- and mid-term future in European markets. This post will take a closer look at the current energy supply in the EU—most notably in Germany as the largest EU member state—and what steps Germany and the EU Commission are taking to quickly decrease reliance on Russian oil.

The 27 EU member states are still heavily dependent on Russian energy supplies, which range between 10-98 percent of net imported energy among member states. In 2021, on average, the EU imported almost 27 percent of its crude oil and 41 percent of its natural gas from Russia. Looking at these numbers, it is clear the natural gas will be difficult to replace. Gas supplies not only play a critical role for heating and generation of electricity, but also for manufacturing and industrial processes (such as the chemical industry) in Europe. Russia's invasion of Ukraine has forced the EU Commission to finally begin its break with dependency from Russian fossil fuel supplies and to become more serious about the European energy transition towards green energy sources. Even before the war in Ukraine, the EU’s legal and executive bodies – the European Parliament, the Council of the European Union and the European Commission – were revising their climate goals under the European “Fit for 55 package” to become climate neutral by 2050. Under this binding target, member states are to reduce greenhouse gas emissions by at least 55 percent by 2030 (compared to 1990 emission levels in the energy and transport sector).

Overall, the program’s goal is to reduce EU demand for Russian gas by two-thirds before the end of 2022. This program is ambitious and currently lacks detail on how it will be implemented. It is also unclear how the EU plans to harness the potential of electrifying the heating sector, increase energy efficiency measures, and expand solar energy generation while accounting for steady energy demand. An added problem is that policymakers are wary of igniting consumer backlash similar to the French “yellow vest” protests against taxes on diesel in 2018.

Though the legal structure of the EU requires its member states to achieve these climate targets, it allows states the freedom to choose how they want to achieve these targets. Many member states have been pursuing national interests that also fulfill the EU requirements. Germany’s energy supply path over the past decades included building a controversial natural gas pipeline with Russia (Nord Stream 2), which clearly raised questions regarding the compatibility with recent developments in EU energy policy. Shortly after the Russian invasion in Ukraine and under pressure from allies, Germany suspended its previous approval of Nord Stream 2. Nonetheless, gas and crude oil still make up a significant part of the primary energy consumption in Germany. The country imports about 55 percent of its natural gas supplies and about 30 percent of crude oil from Russia. The country is in the process of simultaneously phasing out nuclear and lignite coal power generation; it plans to phase out nuclear by the end of 2022 and lignite coal by 2030. This already poses a major challenge, and even more so if Germany wants to simultaneously diversify its gas supply from Russia. The German reaction to the invasion is to maintain its Russian gas supplies in the short term to avoid additional price hikes and economic losses but to seek an end to Russian coal imports by Fall 2022 and oil imports by Winter 2022. Diversifying gas supplies is the more daunting challenge because Germany has not historically been an importer of liquified natural gas (LNG). Germany’s Federal Ministry for Economic Affairs and Climate Action is seeking to diversify its medium-term gas imports with LNG from other gas producing countries (e.g., Qatar), which will most likely lead to higher energy prices due to higher import costs.

The newest and most important challenge comes from Russian President Putin's decree requiring that payments for deliveries of Russian natural gas to Europe be made in Russian rubles beginning April 1st, 2022. In response, the Baltic states (Estonia, Latvia, Lithuania) stopped all gas imports from Russia. In case of a supply shortage, some EU member states, including Germany, have declared the first stage of their gas emergency plans this week. These plans include rationing gas and securing the grid supply. Nevertheless, the diversification of European energy imports is seen as an opportunity to not only substitute oil and gas, but to advance the energy transition in the heating and transportation sectors despite the potential for higher costs. In April 2022, the highly anticipated EU Agency for the Cooperation of Energy Regulators’ internal energy market report will shine further light on how to renew the energy market and mitigate the impact of higher gas prices on the EU. Additionally, the EU Commission will publish a report in May 2022, which will further explore how the EU can leave Russian energy supplies behind as it pursues more ambitious climate policy.